The programme will of course offer plenty of networking opportunities.

We hope to see you in Siracusa in June. 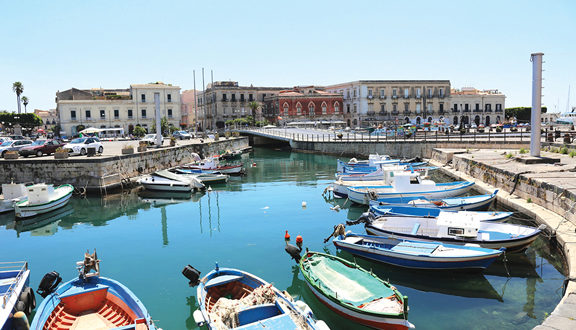 How manual lymphatic drainage may help you better care for clients dealing with edema and lymphedema.

Antoine Louveau, Ph.D., a Postdoctoral Fellow in the Center of Brain Immunology and Glia, in the Neuroscience department of the University of Virginia, VA, under the supervision of Dr. Jonathan Kipnis, is a LE&RN Research Fellowship Award recipient. We asked Dr. Louveau to tell us about his research.

What is the focus of your research?
My research focuses on the role of the Central Nervous System (CNS) lymphatic system in brain function in both physiological and pathological conditions. Until recently, the brain was thought to be among the few organs of the body to be devoid of a dedicated and functional lymphatic system and this was proposed to be a central reason for the immune privilege status of the brain. This discovery changes the game and we are now focusing on understanding how this lymphatic system works in the CNS and how it might be dysfunctional in neurological disorders, notably during Multiple Sclerosis and Alzheimer’s Disease.

What do you hope to learn from this research and what impacts will it have on the current body of knowledge?
I hope that this research will help us gain a better understanding of brain physiology. The question on how the brain drains and how antigens are exiting the CNS remains unclear. Similarly, we know that the brain is under constant immune surveillance that is important for the maintenance of brain function but the path for immune cells trafficking is still a matter of debate. In the periphery, the lymphatic system plays a major role on both of those functions, we then hope to understand how those systems are working in the CNS.

Ultimately, we hope to understand how dysfunction of the meningeal lymphatic system might initiate or participate in the development of neurological disorders such as Multiple Sclerosis and Alzheimer’s Disease (AD). AD is characterized by the accumulation of misfolded protein in the brain parenchyma that causes memory loss. Understanding how the CNS lymphatic system participates in the removal of molecular waste from the brain might help us understand why and how proteins are accumulating in the brain.

What clinical implications might grow out of this research?
We still have a long way to go but we are hoping that the meningeal lymphatic vasculature might be a new therapeutic target that will be more accessible than the brain parenchyma to offer new treatments for neurological disorders.

The BioBridge, a nanofiber scaffold composed of collagen, may be a treatment for the painful condition.
By Stephen Feller   |   June 23, 2016 at 12:55 PM

STANFORD, Calif., June 23 (UPI) — Researchers in California may have found a solution to lymphedema, a blockage of passages in the lymph system that can lead to painful swelling of the limbs in patients.

A scaffolding composed of collagen nanofibers successfully helped new lymph vessels grow around blockages in pigs with lymphedema, giving researchers at Stanford University hope they have found an effective treatment for the condition.

The lymphatic system drains toxins and waste, using immune cell-containing lymph fluid as part of the filtration system. When a vessel in the system is blocked, the fluid backs up, causing painful swelling.

In addition to some infections and genetic conditions, lymphedema is often seen in cancer patients whose lymph nodes have been affected. Doctors can treat an infection causing it, but for the most part temporary relief with physical therapy and massage is the best patients can get.

“Lymphedema is a chronic, debilitating disease with profound functional and psychosocial implications,” Dr. Stanley Rockson, a professor in lymphatic research and medicine at Stanford University, said in a press release. “Current treatments are extremely limited. While transplantation of healthy lymph nodes represents a theoretically viable treatment option for cancer survivors and others, the success rate of these procedures has been disappointing.”

For the study, published in the journal Biomaterials, researchers at Stanford worked with scientists at the company Fibralign, which has developed a collagen-based matrix meant to be used for soft tissue repair.

The researchers used stretches of the company’s BioBridge nanofibers coated with fragments of lymph nodes, which are known to stimulate new lymph vessel growth. The fibers were then implanted in pigs with lymphedema.

As hoped, the implants stimulated the growth along stretches of fibers around lymph blockages to bypass them, like a bridge, reducing fluid buildup in limbs over the course of three months.

Although the researchers say the sample size for the study was not as big as they would have liked, there were no adverse health events among the animals six months after implantation. This, they say, raises hope for success in a clinical trial in Latin America and another study with breast cancer patients planned for Stanford.

“We were able to take a cue from nature about what molecules spur vessel growth, but also think outside the box and use this nanoscale scaffolding to bridge the blockages,” said Dr. Ngan Huang, an assistant professor of cardiothoracic surgery at Stanford. “I think combining the two was really key.”

Quelle: Top-Read Articles on Lymphedema from Lymphatic Research and Biology

Many thanks to The International Lymphoedema Framework. Keep up the fantastic work !

Many thanks to The International Lymphoedema Framework.

A scientific paper on surgical intervention

How often do we hear that the reason lymphedema receives so little attention is because people don’t die from it? However, we know this is not true. Lymphedema compromises health in a myriad of ways, and many of these lead to a premature death, as Lynn’s husband tells us:

Lynn suffered from lymphedema of her legs for several years. The swelling plus the bandaging, wraps and other treatments we used severely limited her mobility. The swelling of her legs came on gradually and its proximal cause was never identified. The final insult was a fall that caused a major wound in one leg that we almost got to heal after three+ months of treatment. However, she was infected by an untreatable bacteria in the last stage of healing and succumbed to that infection after about 8 weeks of fighting. —Lynn’s husband

Society gives its attention to a host of diseases that aren’t terminal. We value quality of life. The interminable impact lymphedema has on one’s quality of life is reason enough for it to be a national priority. However, we must also dispel the notion that lymphedema doesn’t kill. The complications of lymphedema do indeed compromise health and can shorten lifespan. Our focus has to be on finding treatments and cures and this will only happen once we dismiss all the myths that allow society to turn a blind eye to this disease. “

The molecule interleukin-7 (IL-7) is an important immune messenger protein which ensures that a sufficient number of T cells are present in our body for immune defence. Researchers from ETH Zurich have now demonstrated that IL-7 has another important function: it enhances the drainage function of lymphatic vessels, which collect fluid that has leaked out of blood vessels into the body tissue and return it to the bloodstream. In the future, this finding could become useful for lymphedema patients, whose lymphatic drainage system does not work properly, resulting in fluid accumulation and tissue swelling.

The predisposition to develop lymphedema may, on one hand, be hereditary. On the other hand, lymphedema often occurs in the aftermath of a tumour surgery. When primary tumours are surgically excised, tumour-draining lymph nodes are often removed as well, as they may contain tumour cell metastases. In the course of such surgical interventions, the lymphatic tissue is damaged. As a result, tissue fluid can often no longer be drained properly, leading to the occurrence of lymphedema in 20 to 30 per cent of patients.

No drug treatment yet

Currently, the only treatment options for lymphedema patients are wearing compression garments and undergoing manual lymph drainage by a medical massage therapist. “In IL-7, we have discovered a molecule and a mechanism for enhancing lymphatic drainage which could potentially be useful for lymphedema therapy,” says the head of the study Cornelia Halin, Assistant Professor of Drug Discovery Technologies.

In their study, the researchers found that IL-7 is produced by the so-called endothelial cells, which form the lymphatic vessel wall. These cells also express the receptors that specifically recognise IL-7 based on the lock-and-key principle. “Although we have not formally proven it so far, we assume that the lymphatic endothelial cells produce the messenger substance so that it can affect their own function directly,” says Halin. So far, IL-7 is one out of only few molecules that have been identified to support lymphatic drainage. A few years ago, other researchers discovered that the endogenous growth factor VEGF-C might also be an interesting molecule in this regard.

Insights from an animal model

Halin and her colleagues demonstrated the drainage-supporting function of IL-7 by performing drainage experiments in mice where they injected a blue, albumin-binding dye into the ear skin of the mice. Notably, albumin is an endogenous protein, which can only be transported out of the tissue via the lymphatic vessels. By quantifying the dye that remained in the tissue one day after the injection, the researchers were able to determine how well the lymphatic drainage worked in these laboratory animals.

When performing this experiment in mice lacking a functioning IL-7 receptor, they observed that these mice were only able to remove half as much dye from their ear skin in comparison with mice possessing a functional IL-7 receptor. By contrast, they observed a considerable increase in lymphatic drainage in mice with increased IL-7 production. Finally, in a third experiment, they administered IL-7 protein to unmodified, healthy mice and observed that this therapeutic treatment led to an improvement of lymphatic drainage function.

The scientists are now planning to conduct similar experiments in mice in which lymphatic vessels have been surgically destroyed, similarly to the situation found in patients after cancer surgery. Here, the researchers would like to test whether treatment with IL-7 could help to prevent lymphedema or whether IL-7 could even be administered in order to reduce existing lymphedema.

The long-term goal is to explore the potential of an IL-7-based medication for lymphedema. Notably, IL-7 is already being tested in clinical trials, albeit for different indications: because of its immune-stimulatory activity on T cells, IL-7 is currently being tested in patients with immunodeficiency diseases, such as HIV, or hepatitis infections, or who have undergone bone-marrow transplantations.